Fotrousi Electronic Research Corporation > About Us 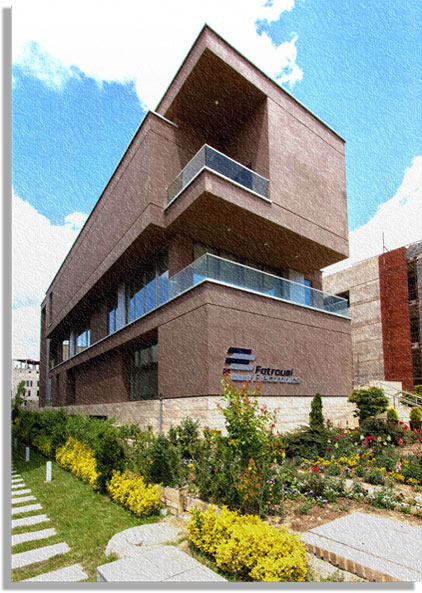 Fotrousi Electronic and Research Center is engaged in comprehensive research activities including design and development of electronic power equipment and related technologies. With more than 39 years of expertise in the field of electronic power, the center also provides research and design activities for a wide range of UPS (Uninterruptible power supply) ranging from 600 VA to 2240 KVA.

The designs provided by the Center are used in at least 40 different UPS models and offered by more than 25 international companies world wide.

The first transformerless sinusoidal 6KVA UPS in the world was designed by this center during 1986-1988. This UPS which included 20 batteries and operated on 240V DC, was first offered by FF Electric company and then by Namad Electronic company. This is the same UPS that is now offered as a general low cost device with millions being produced annually world wide.

This UPS which weighed only 6 KGS was unveiled in the first Iran electric industry exhibition in 1990.

Mr. Khosrow Jorjani is a top member of various science boards in Iran and one of the founders of a number of large Electronic companies and also one of the pioneers of UPS industry in Iran states the following:
“During the time in which we were working to increase our UPS capacity from 1000 Watts to 1500 Watts, we met Mr. Fotrousi at the first Iran Electric Industry Exhibition. He presented a 6 KVA UPS weighing only 6 Kg in his booth”.
Increasing the UPS power from 6KVA to 20 KVA was accomplished in 1989 by employing different design methods. We have continuously strived to increase this power such that we have now been able to design and offer 120 KVA UPS with driving currents of up to 6 times higher than previous designs. The result of our continuation in researching in 2013, cause to design and production the UPS with 750KVA capacity which have capable to parallel up to six systems and provide access to 4.5MVA power.

Research and design of different ranges of Rectifiers are among various projects we have completed.  These designs are now used in various equipment in oil production, offshore oil rigs and various powerhouse equipment inside and outside of Iran.

Fotrousi research center is also a Hyundai Corporation commercial partner in design and production of UPS in Iran.

Professional research and design activities in a glance are: